Composer Nathan Currier has had his works performed at prestigious venues, from the Philharmonie in Berlin, to David Geffen Hall at Lincoln Center in New York, to IRCAM in Paris. He has won prizes such as the Rome Prize, Guggenheim, and American Academy of Arts & Letters’ Academy Award. Other grants and awards he has received include the International Sackler Prize, the National Endowment for the Arts, the New York Foundation for the Arts, and the Fulbright program, Fromm Foundation, Charles Ives, Barlow, and ASCAP Prize.

Currier studied at Juilliard and Peabody and was the Leonard Bernstein Fellow in composition at Tanglewood. He also received a Diploma with First Prize from the Royal Conservatory of Belgium. The diversity of his teachers - Joseph Schwantner, Frederic Rzweski, David Diamond, Bernard Rands and Steven Albert - reflects the encompassing palette of his music.

His first commissioned work -  Adagio and Variations, a large set of variations for violin, clarinet and piano -  was called 'a piece of genius' by the critic at its premiere by the Verdehr Trio. 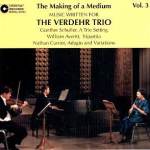 An excerpt from Adagio and Variations on Crystal Records:

Other early works include chamber pieces such as A Musical Banquet. The work was a winner of the International Barlow Prize. 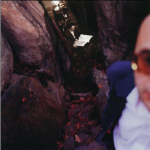 Mvt. 6, A Rock Song, from A Musical Banquet, on New World Records: 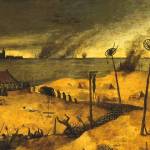 Soon afterward Currier composed A Kafka Cantata, a one act monodrama for tenor Paul Sperry. After its premiere in Pittsburgh the music critic ranked it as the #1 classical music event of the year in the city.

Currier is an accomplished pianist, having won the Silver Medal in the International Piano Recording Competition in his early twenties, for a performance of Bach's 'Goldberg Variations'. A recording of Currier performing his piano sonata From the Grotto on New World Records was praised for its "over the top virtuosity” in Fanfare.

Listen to Mvt. 5 of From the Grotto in a recording by the composer on New World Records: 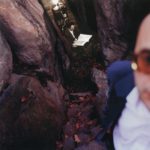 An important work of Currier's is the oratorio Gaian Variations, his largest. As Currier was in the middle of working on his score, more than 1,000 scientists from over 100 countries came together under the auspices of the United Nations to sign a Declaration which states at the outset,"The Earth System behaves as a single, self-regulating system." The primary assertion of James Lovelock and Lynn Margulis in what they had initially called the Gaia hypothesis - now Gaia theory - had gradually become accepted wisdom, despite the relentless criticism of figures like neo-Darwinist Richard Dawkins. Gaian Variations is a work that celebrates and helps to communicate Gaia theory.

At its premiere, the orchestra stopped playing mid-concert. The orchestra claimed it was heading into overtime. The interrupted premiere gave rise to litigation, only fully resolved in 2017, more than a decade after the event.

Another outgrowth of Gaian Variations is that Currier soon afterward became directly involved with science itself, also becoming active in a wide variety of climate-related initiatives around the same time.

When NASA celebrated the 50th Anniversary of its exobiology program, the keynote speakers were Gaia theory founders James Lovelock and Lynn Margulis, and Margulis cited a passage from Paul Lowman's Life's Tectonics (MIT Press, 2011), of which Currier was the co-author. 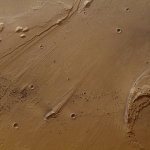 COSMIC TRICKSTER for bassoon and string quartet. For the Dover String Quartet with William Short, Principal Bassoon of the Metropolitan Opera Orchestra. 9 minutes. 2017.

HERALDING THE ANTHROPOCENE for solo trumpet with 16 recorded trumpets. For a collaborative art installation with Suzan Woodruff. recorded and performed by Gareth Flowers, 2015. 11 min. 2015.

LOOMING ATMOSPHERES A collaboration with painter Suzan Woodruff, a painting-film that has been “choreographed,” edited, and scored by Nathan Currier. Exhibited at the Katherine Cone Gallery, October, 2013, Los Angeles, CA. 2013.

FROG AND TOAD CHACONNE for solo violin, Bufo Americanus (the American toad), as well as other toads and frogs, prerecorded. Commissioned by Cornelius Dufallo. Duration: 15 minutes. 2012.

AT THE RIVERS for baritone and piano. Based on the Robert Lowry gospel, and meant to be paired with the earlier settings by Charles Ives and Aaron Copland. Commissioned by the Music on the Hill Summer Music Festival, Providence, Rhode Island. Premiered June 18th, 2011, Rene de la Garza, baritone, Nathan Currier, piano. Duration: circa 7 minutes. 2011.

THE LAWS FOREVER HIDDEN for soprano with piano (the work also includes a male spoken part, performable by the pianist: when performed with a woman pianist, a separate male speaker should be used). Composed on texts by the composer. Premiered April 22nd, 2007, Philadelphia. c. 35 minutes. 2007.

A SIMPLE SONATA for piano solo. For Laura-Gray Street. In two movements. Rather easy to play. c. 6 minutes. 2002.

IN A BURNING FOREST for violin, clarinet and piano. Commissioned by the
Verdehr Trio. Premiered in Yugoslavia. c. 22 minutes. 1996

FROM THE GROTTO; A SONATA FOR MOZART'S SECRET SOCIETY
for piano solo. Recorded CRI Records; re-issued, New World records. Composed with the support of the American Academy in Rome. Premiered in Rome, 1996. c. 30 minutes. 1995.

SONATA FOR FLUTE AND PIANO in two movements. Composed with the support of the Guggenheim foundation. Premiered in Rome, 1996. c. 9 minutes. 1995.

HUSH CRIES THE LAMB for violin and piano. Composed with the support of the Guggenheim foundation. Premiered in Rome, 1996. c. 12 minutes. 1993.

SONG FROM THE DEAD SEA for mixed chorus with orchestra. Text from the Dead Sea Scrolls. Minimum duration c. 6 1/2 minutes (meant to be repeated; thus, it could be 13 minutes, etc.). Commissioned by the Juilliard Preparatory Division Chorus & Orchestra. Premiered at the Juilliard Theater, Lincoln Center, New York City. 1993.

A SAMBUCA SONATA for flute, viola and harp. Recorded on Chandos records. c. 15 minutes. Premiered in Paris, 1996. Also performed at the Berlin Philharmonic, at Lincoln Center’s A Great Day In New York Festival, and in Norway, Sweden, etc. 1993.

VARIATIONS for violin, clarinet and piano. Commissioned by the Verdehr Trio. Recorded on Crystal Records. Premiered in India, 1988. c. 33 minutes. 1987.

ADAGIO for violin, clarinet and piano. This later became part of the ADAGIO AND VARIATIONS listed above. Premiered at the Juilliard School. c. 5 minutes. 1986.

FROM THE MOON'S ORCHESTRA for mezzo soprano with piano. A song cycle on texts of John Gould Fletcher. Premiered at the Juilliard School, New York City. c. 16 minutes. 1986.

You can use the following information to get in touch